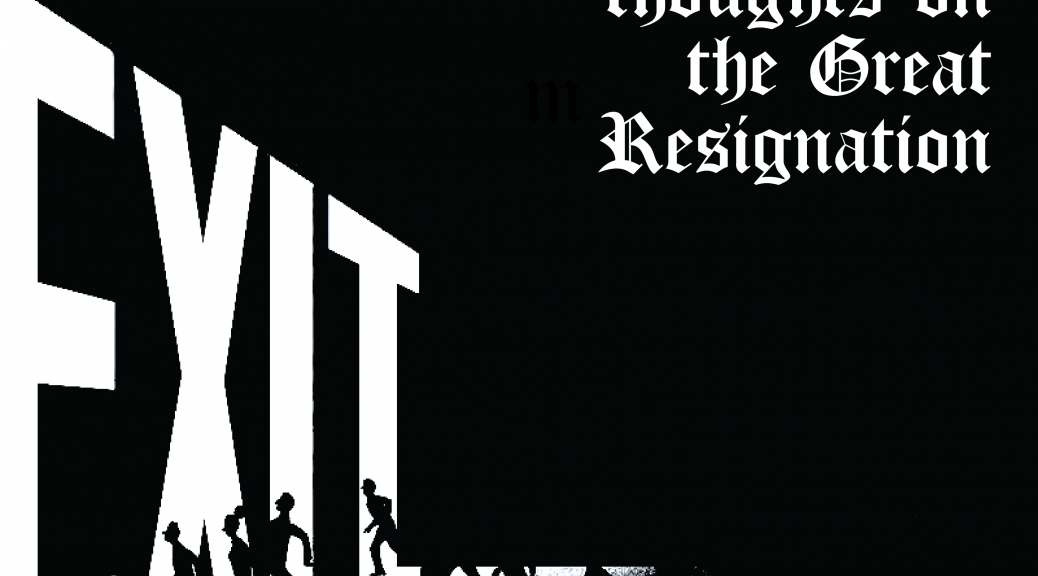 capitalist efficiency does not wholly have to do with material resources, but in reducing the amount of time it takes for a worker to do x, y, z task. this false ‘efficiency ‘ is only taken into consideration under the racial regime of Capital because the less time is spent on a given activity (labor time) , the less you have to pay a worker (wage); thus increasing profits for the capitalist, but not the worker.

this is what links abolition of time (as used under the racial regime of Capital) and the abolition of work. it is this kind of measurement of time which helps produce the capitalist category of labor. this is why so much of recent capitalist innovations in the workplace have to do with monitoring worker movements and making sure they are on-task.

with the so-called ‘Great Resignation’, workers are either rejecting low-paying, hyper-surveilled jobs en masse (refusal of labor), or slacking off (work shirking), realizing over the course of the novel coronavirus pandemic how little their lives, and well-being, matter to the boss or the multi-national corporation.

quite a few on the Left™ do not see this growing class antagonism between workers & capitalists as a the way out of the racial regime of Capital. they look to future elections or business-as-usual labor organizing: current-day proletarian self-activity has left them going back to hammering on about forms of struggle which have crested.

it does stand to be seen how this mass refusal of labor can further realize itself as the real movement which abolishes the present state of things, but more and more so we can see that this will take on forms that are produced by the social situation at hand, and not forms we have simply inherited from past struggles.

let’s keep on thinking, discussing and strategizing together.

No comments to show.